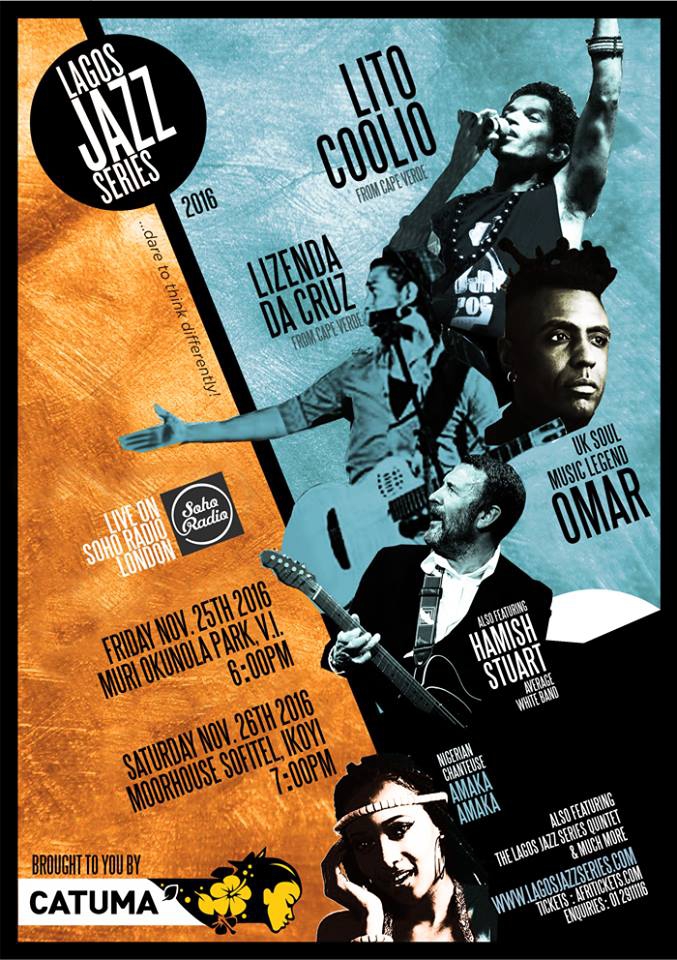 British Soul legend, Omar, often cited as the godfather of British neo-soul will be gracing the stage at the 2016 edition of the Lagos Jazz Series, the 7th in the series.

Omar, full name Omar Christopher Lye-Fook was born on October 14, 1968 and received an MBE in 2012 from the Queen for services to music. His 1990 hit, There's Nothing Like This from the album of the same title is considered a classic of the genre.

Omar has collaborated with heavy hitters like Stevie Wonder to Erykah Badu and Angie Stone.

Announcing the line-up, Oti Bazunu, convener of the Lagos Jazz Series said “this year’s edition will be very exciting. We have an eclectic mix of very interesting artistes. We have two amazing and refreshing band from Cape Verde headed by Lito Coolio and Lizenda Da Cruz. Their blend of Morna music infused with reggae is fresh and amazingly different.
​
Then there is Omar, the British neo soul legend who will bring his unique blend of soul music to Lagos. Amaka Amaka is a Niaja home-grown artist with a fresh approach and flavour.