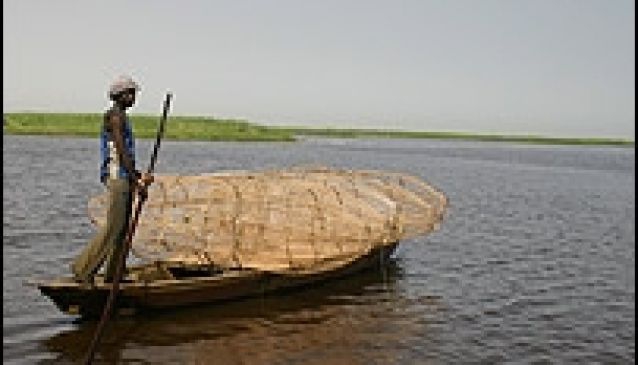 Lake Chad falls in the boundaries of four African countries; Niger, Chad, Cameroon and Nigeria. Historically the fresh water lake ranked as one of Africa's largest lakes, once covering an area in excess of 26,000 square kilometres, the size of Maryland in the USA, and larger than both Israel and Kuwait. It is considerably smaller these days and its size varies between seasons.

The biological diversity supported by Lake Chad and its hydrological contributions are vital regional assets. There have been noteworthy archaeological discoveries in the area, and historically the region played an important role in trans-Saharan trade.

The lake is in fact drying up; experts have predicted it could shrink to a mere pond in decades and disappear entirely within a century as the Sahara Desert swoops down on it from the north. For thousands of years the lake has supported communities of farmers and fisherman; the livelihoods of the current generation are greatly under threat as the lake continues to shrink.