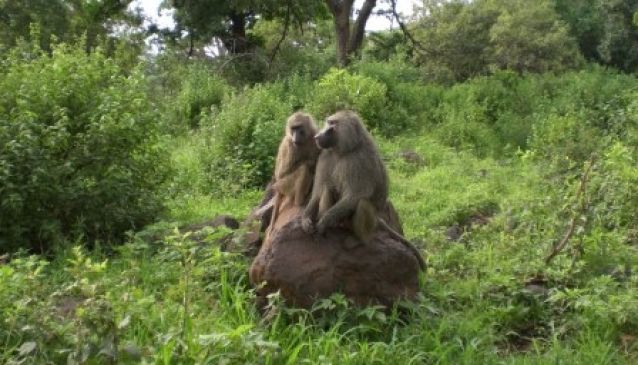 The park's name is derived from the ancient capital of the Yoruba empire, Oyo Ile. Two forest reserves were combined to make the park, the Upper Ogun and the Oyo-ile. Initially game reserves, the forests were then promoted to National Park status, and nowadays the park spans over 2500 square kilometres in total.

Abundant with a diverse range of both flora and fauna, the park is home to creatures such as baboons, antelope, bush hogs and many more. It is also a fantastic location for bird watching.

For those who want to get close to nature, the Akoto Tourist Camp within the park boundaries offers visitors the chance to stay in chalets. The camp has a swimming pool and recreation centre for guests to wind down after their day's adventures. There is also Youth Hostel, a restaurant providing both continental and African cusine, jeep tracks for safari trips and, for those who are interested in learning more about the creatures that inhabit the park, there is also a wildlife museum.

The park, like so many parts of Africa, is unfortunately under threat from illegal poaching, livestock grazing and hunting. By visiting, your are helping to maintain the park.