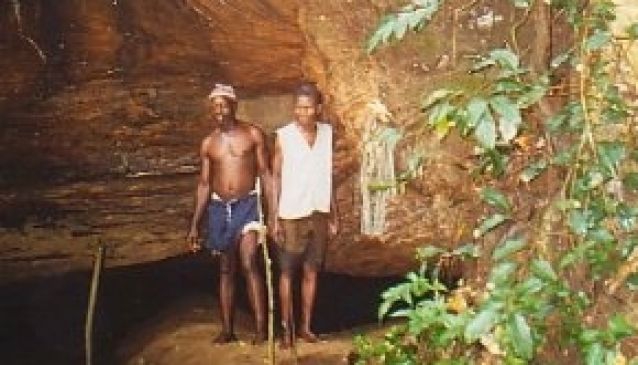 Directions to The Long Juju Shrine of Arochukwu

A long time ago, when West Africa was broken into many different kingdoms, Ibinu Ukabi or the Long Juju Shrine was used to judge the perpetrators of crimes. In the kingdom of Arochukwu, those at trial would enter the temple complex, and wander through it, ready to face the judgment of Chukwu (God). It acted like a court, mediating the society of the old kingdom.

A dark kilometre-long series of tunnels, the site is still primarily a religious one, and only secondly a tourist attraction. Some deeply unpleasant but mysterious features include the Throne of Judgement, where Chukwu would decide on the fate of a person, the Tunnel of Disappearance, and the Red River, which would turn coloured when a person was killed.

In the 15th Century, European powers started the slave trade, and West African middlemen used it to their advantage. Those condemned were not killed inside the shrine, but were secretly sold on into slavery. After Britain began to colonise the region, they waged an assault on the Long Juju network, but the shrine still contains relics of its past days. The Long Juju Shrine of Arochukwu reflects the great, turbulent and deeply sad history of Nigeria and the rest of West Africa.