One Mic Naija had to be the best way to end the Social Media Week as it completely blew all expectations. Starting slow but picking its pace to end in a Crowd Moving performance by Reminisce, it was surely an outstanding night at Ember Creek, Ikoyi, Lagos.

The first indication it was going to be a great night came from the #OneMicNaija band (kudos to a job well done!!!) displaying talents of musical works while the audience was being prepared for what was to come. We are sure rehearsing with the individual performers all week prior to the event made sure the band knew what to expect of the night.

The official hosts of the event jovial KB and stunning Kel did a good job in navigating the night. The show rocked from the moment KB officially started the event to bring us a night of fun, live music and beautiful company.

Alternative performers kicked started the beginning of the nights performances with Bazelel, Frank tha Bond, Oghene Madonna. The three performers showed promise of what the next generation of musical talents will come to show. The atmosphere was gradually building up. You could see the usual patrons of the #OneMicNaija groaning for the main performers and the first timers getting anxious. 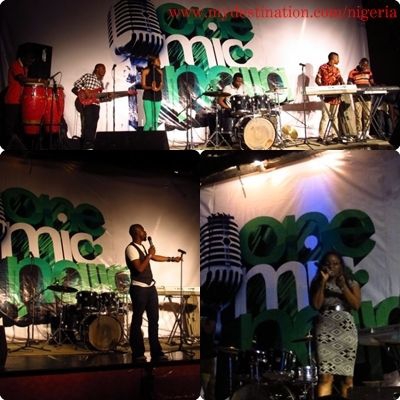 The first performer, love crooner, guitar performing, alternative song writer and singer, Ese Peters climbed on stage and asked how everyone was. That alone bust the tension in the air as a loud chorus of 'hoots' & 'whoots' rendered the air. The show was just starting and Ese Peters first payed homage to Nigeria, and then went on to sensitive and increase the love tension in the atmosphere. His hit track, Omote, was an overkill as he showed the deep emotions that led to the song. He also performed with his Label mates, Boogey and Barzini.

Up next was Temi Dollface and she started her performance with an energy and creativeness the Late Fela would have approved off as it led the audience to a groovy state and by this time had some people out of their chairs and miming the dance steps of the Late Fela. (Temi hadn't climbed the stage by the way). When the doll face, astounding mind blowing performer came on stage, it was all thrill and groove to the very end of the special performance that even had a member of the audience get on stage and join her in displaying audience favorite dance steps. 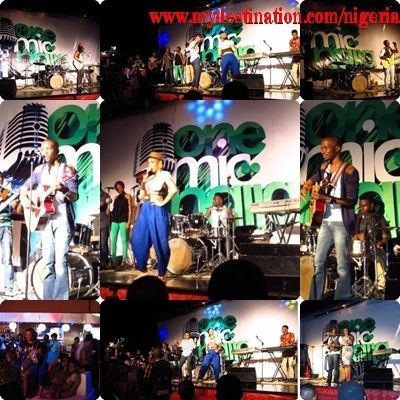 The open mic session was next and for your information, this is where members of the audience who have been inspired to perform any act of their choice are given a chance to wow the audience and win goodies!!!! About 6 members joined in and the hosts gave each contestant a chance (30 seconds) to display his talent and boy did we see all sorts, from the rappers to singers. The winner was selected by audience vote and awarded goodie bag from YSGHubs.

Mosa performed next and it was his first stage performance. You wouldn't have figured because he handled it like a normal thing. His song 'Why'd you lie' was a crowd favorite and he did justice to the rendition with the One Mic Naija live band. No miming. Real voice on instrment. Live Music the One Mic Naija way.

Efya was the next performer and she gave us a sample of what Ghana music is about and how it has brought her this far. She performed wonderfully, appealing to the single guys in the audience and empowering her fellow females. Her performance was smooth, entertaining and yet captivating in the sense you couldn't help but sway to her rhythm.

Reminisce Alaga Ibile was the top of the night as he flowed lyrically on the live band tunes telling the audience why he is acclaimed King of Rap. His performance of  Kako Bi Chicken was a real audience rocker as it got most people up and dancing along to the live band. (Yes! Rap and Live band, you get this at One Mic Naija events). 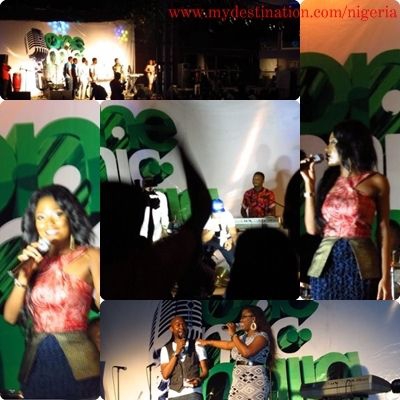 Wizkid, Slim T, Ms Chief, Beazy, Naeto C are among some of the Music Celebrities that attended the event.

It was a good night of lively performance, good music, lovely atmosphere and best way to end the Social Media Week. We look forward to the next edition of #OneMicNaija and give props to the organisers and their sponsors. The venue of the event was also a good choice. Ember Creek looked beautiful and the fresh breeze from the seaside added it's own value to the event. (Yes!!, you can turn up for One Mic Naija in a boat!!!). 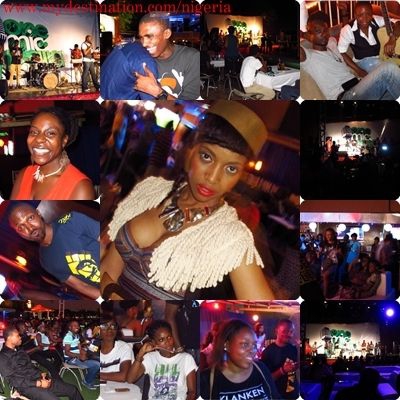