Home to countless species of rare and unusual animals, Nigeria is teeming with wildlife to be discovered. From the beloved elephant to the exotic Preuss’ Guenon, every region of the country provides a habitat for the most fascinating and beautiful of creatures.

Nigeria boasts a hugely diverse number of National Parks, which, as well as being breathtakingly resplendent with natural beauty themselves, provide ideal conditions for numerous species of mammals, reptiles, birds and insects to thrive.

Yankari National Park in northeast Nigeria is home to most of the country’s population of African Elephants. This majestic creature is the largest land mammal in the world, the image of which has become synonymous with Sub-Saharan Africa. Sociable and loyal, elephants here roam in herds, only the females separate from their peers to give birth to and raise young calves. Sadly, ivory hunters and farmers have greatly reduced the number of elephants in Nigeria, and they are now endangered, but this area is one of the best to view them in the wild. The Omo-Shasah-Oluwa Reserve in the same region houses an elephant sanctuary, dedicated to the protection of the species, allowing visitors to view the elephants under their care. 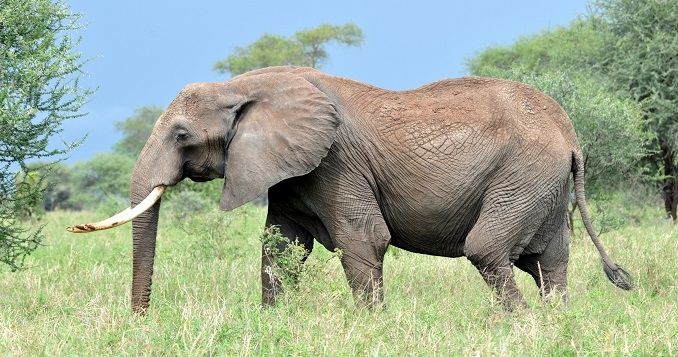 The Yankari Game Reserve is also the only area in Nigeria where wild lions can be seen. It is estimated that Nigeria is home to just 34, five of which inhabit this reserve. Known as the ‘king of beasts’, the lion remains one of Africa’s most iconic mammals, and those who manage to glimpse one in its natural habitat are truly privileged. Equally renowned as one of Africa’s native species is the hippopotamus, which can also be found in this National Park. Once common in Southern Africa, the ‘river horse’ (as its name translates) is now under threat. The hippopotamus is semi-aquatic, found wallowing in lakes, rivers and mangrove forests, keeping cool with a thick coating of mud.

The Saddle-Billed Stork also inhabits this national park’s lakes, distinguishable by its beautifully iridescent plumage, red bill, and black legs with pink knees. The stork is silent, as it does not have a muscle in its voice box, but instead rattles its bill to communicate with others.

Korup National Park, crossing the South East border with Cameroon, is home to many rare animals, found exclusively in the two countries. One such is the Nigerian-Cameroon Chimp, a cheeky and sociable creature which inhabits the rainforest areas of this park. Also native to this area and unique to Nigeria is the Dunger’s File Snake, identifiable by its unusual scalation and colour, featuring scales along its back that are separated by gaps of naked skin. 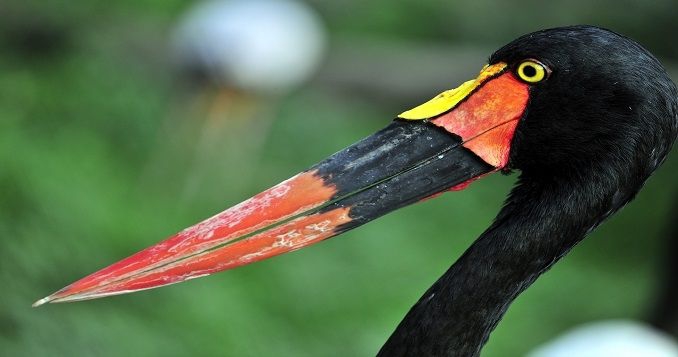 African Wild Dogs, the scavengers of the animal kingdom, may be spotted prowling the Kainji Lake National Park. These dogs can be recognised from their strikingly graphic, patterned coats, and disproportionately large ears. This area is also suspected home to the rest of the wild lions and a number of crocodiles, a species which is also endangered due to their valuable skin and meat.

Nigeria’s forests are also bursting with life. The Edumanom Forest on the South coast is home to the beautiful Red Colobus Monkey, a species identifiable by its small frame, vivid ginger fur and playful nature. Both Sclater’s and Preuss’ Guenons can also be found in this forest, a species of monkey renowned for its sociability and fluffy white beard. Three groups of the Sclater’s Guenon are known to be protected by the local people who considered them to have a sacred status.

One of the most endangered and rare primates in Nigeria is the mandrill. These large, gorilla-like animals are critically endangered, after savage hunting. However, many of the existing wild mandrills live in the Cross-Sanaga-Bioko Forest. The nearby Afi Mountain Drill Ranch protects this species by breeding them in captivity, and offers visitors the chance to view the magnificent mandrills that have been born there.

The Guinean Forest-Savanna Mosaic is the habitat of Nigeria’s leopard population. Able to climb trees and reach speeds of up to 58 km/h, leopards are agile and powerful cats, and can be seen hunting in the savannah areas of this Mosaic. Also found here are populations of ostrich. The largest bird in the world, the ostrich can be up to 2.8 metres tall, and run at 60 km/h. Prides or flocks of ostriches can be seen parading the grasslands of the Guinean Forest. 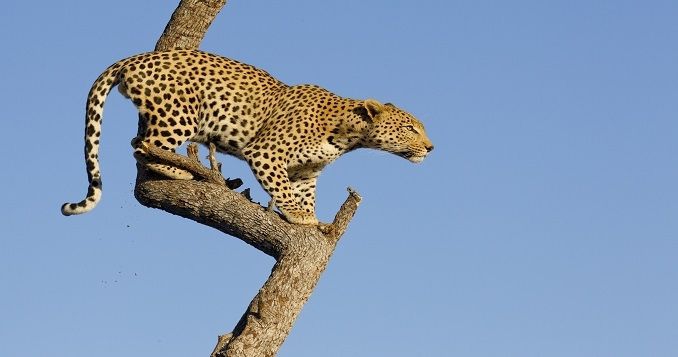 For stunning views of Nigeria’s native birds, there is no better area than the Niger Delta on the south coast of the country. This region is home to a population of flamingos, luminous pink in colour, wading in the cold water as a flock. In the areas’ wetlands and mudflats are a number of African Sacred Ibises. About 68cm long, these birds are distinguishable by their dazzlingly white plumage and black rumps. Although commonly seen in the air throughout Nigeria, Gray Parrots also flock to this area of the country. The Gray Parrot is known to be one of the most intelligent species of bird, able to imitate the sounds of other animals.

Wherever you find yourself in Nigeria, there is sure to be plentiful wildlife to discover. With countless endangered species and native animals calling this country home, wild Nigeria is never far away. 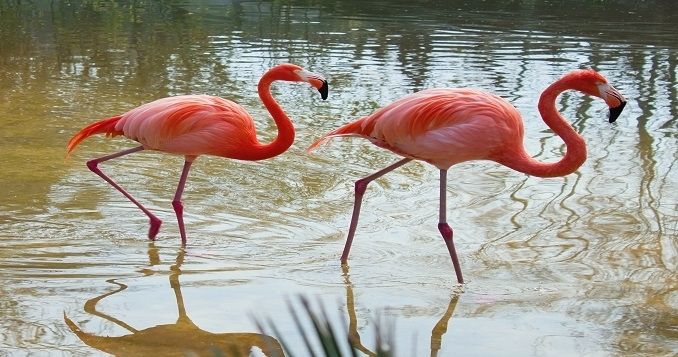