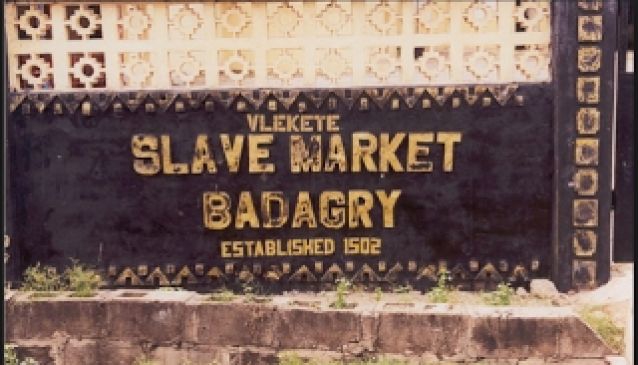 The Vlekete market is the slave market of its time. It is recorded that about 300 slaves were sold here daily. The market stands barren now and not much can be said to point towards what it had once been. There is a shrine inside where wrong doers were brought to and judged. A priest was the head of this court & he passed sentence to wrong doers.

Richard Landerwas, an explorer was said to have been brought to this court to stand trial. He was brought here by fellow Europeans who proclaimed him a British spy here in Africa to see whether the slave trading was still in effect.

He was taken to the shrine to stand trial, the priest gave him a portion to drink telling him there will be an adverse effect if he was indeed a spy. Nothing happened to him as Landerwas was in Badagry to simply explore.

'You can visit the Aqia Tree or Badagry Heritage Museum in Badagry'.